Salt Lake City-based Myriad filed a lawsuit in U.S. District Court in Utah, both companies said today. The dispute relates to the ongoing controversy over to what extent companies can claim patents on discoveries involving human genes.

Myriad Genetics alleges that BioReference, through its genetic sequencing laboratory, GeneDx Inc., is infringing on Myriad intellectual property by offering OncoGeneDx, a panel of genetic tests that diagnose for inherited cancers. The panel includes testing for BRCA1 and BRCA 2 — specific genes that, if mutated, increase the likelihood of breast and ovarian cancer.

Myriad said it continues to believe patents related to BRCA1 and BRCA2 gene testing are valid and enforceable, and that the process used by GeneDx infringes on those claims. BioReference denies any infringement.

“We believe strong patent protection is essential to innovation,” Myriad said in a statement. “Given that it guarantees a firm a period of reward, patent protection provides the research-based diagnostics industry with an incentive to invest in research and development.”

Myriad said other owners of the BRCA patents at issue — including the University of Utah, the Hospital for Sick Children, Endorecherche Inc., and trustees of the University of Pennsylvania — have joined the suit.

BioReference said in a news release today it is not surprised by the legal action and is confident in its case. The Bergen County company said it introduced its tests in August after careful consideration of the Supreme Court decision rendered in June.

“BioReference is confident its legal position and its belief that patients are better served in this evolving area of medicine by having choices and better access to alternative testing sources,” the company said.

Myriad Genetics calls BRACAnalysis the “gold standard” diagnostic test for hereditary breast and ovarian cancer. It says its tests, which cost about $2,500, are reimbursed by most insurance plans.

Stock of BioReference was not negatively affected by disclosure of the lawsuit. Its shares rose 73 cents, or 2.3 percent, to $32.95 in Nasdaq trading. 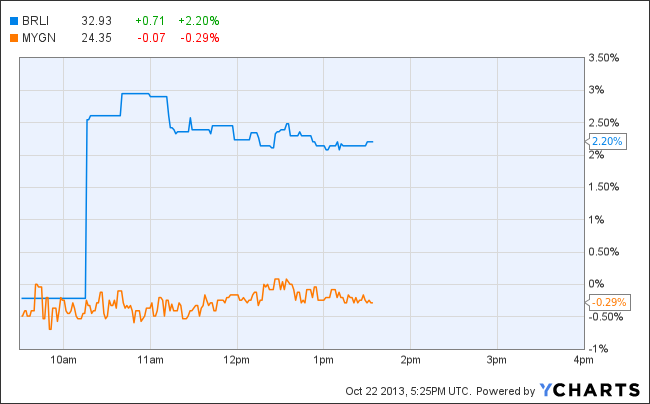